Music-at-Hill (originally St Anne’s Music Society) celebrated its golden jubilee season in 2019 as one of the longest-running concert series in the City of London, having started life back in April 1969 as an outreach ministry of the Lutheran congregation based at St Anne & Agnes Church in Gresham Street. It remained there for some 44 years, moving in tandem with the Lutherans to the Wren church of St Mary-at-Hill near Monument in 2013.

What began as a simple series of monthly organ recitals by the incumbent musical director Simon Lindley (who later became Leeds City Organist) had by the mid-1980s been built up into a thriving beacon of music-making by the joint vision of the Lutheran Pastor, Revd Ronald Englund and his Cantor, Peter Lea-Cox. Peter was also responsible for founding the City’s renowned Bach Cantata series, which - via the monthly service of Lutheran Bach Vespers curated by the City Bach Collective - is still going strong in its fifth decade. 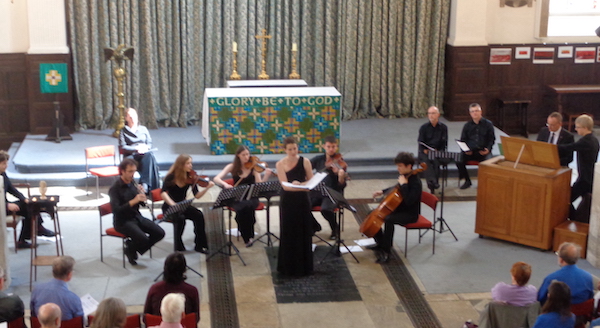 Following Peter-Lea Cox’s retirement, the Society was successfully run by the next Lutheran Cantor, Lübeck-born Martin Knizia, for around a decade. Towards the end of this period the Lutheran Congregation and the Music Society were obliged to look for a new home (when the lease on St Anne & Agnes expired). Together, they moved their operations to St Mary-at-Hill, but while still co-operating closely they decided to go their own separate ways both constitutionally and financially, so Music-at-Hill now operates as a freestanding concert society, under the artistic direction of Stuart Whatton. 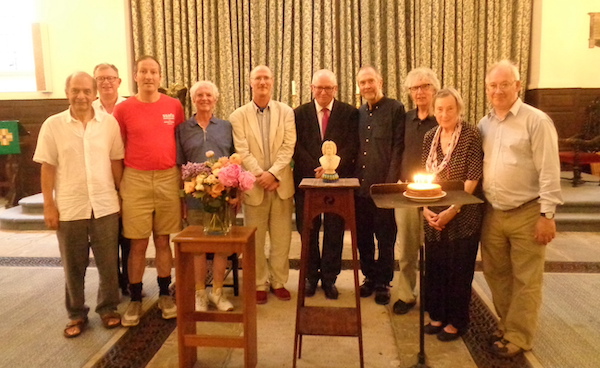 Music-at-Hill is a registered charity, no. 266570, and is entirely run by a small team of volunteers, several of whom have acquired considerable expertise on the broader metropolitan music scene through years of enthusiastic classical concert-going. We pride ourselves on being one of the friendliest concert series in central London, with our volunteer-run refreshments table always offering concert-goers a warm welcome and the chance of a chat both before and after the performance.

These days, the Society still oversees a special Bach Festival every July (a tradition which has been maintained since 1996) but its core activity is its Friday lunchtime concert series. Whilst laying on a wide variety of chamber music, the series has built up a particular reputation for its Baroque and early music programming, aided by the resident harpsichord and chamber organ at St Mary-at-Hill.

In autumn 2019, Music-at-Hill decided with some reluctance (but out of financial necessity) to move its home base once again, leaving the Square Mile for the midtown location of St Giles-in-the-Fields Church near Centre Point. We successfully concluded half a year’s worth of concerts there before the coronavirus pandemic forced a suspension of our operations, but we are looking forward to building up a fresh head of steam again during 2021. 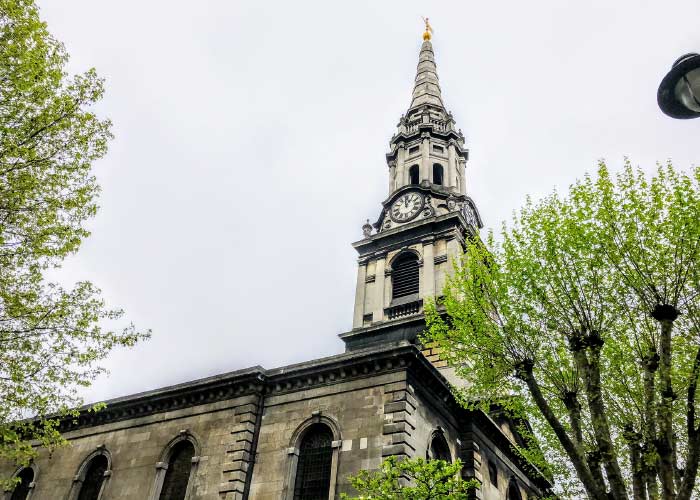 Memorable projects in recent years have included a special series of concerts to celebrate Telemann’s 250th birthday, including hosting the British premiere of a Telemann cantata winkled out of the composer’s archives in Magdeburg; the ‘Yes of the Heart’ Festival, in honour of Luther’s famous 95 Theses and the 500th anniversary of the Reformation; and two separate mini-series marking both the centenary of Debussy’s death and the centenary of the Russian Revolution. Beethoven’s 250th birthday was due to be a focus of our 2020 programming, and there is still a comet’s tail of Beethoven repertoire ready to be unleashed over the course of the coming months!